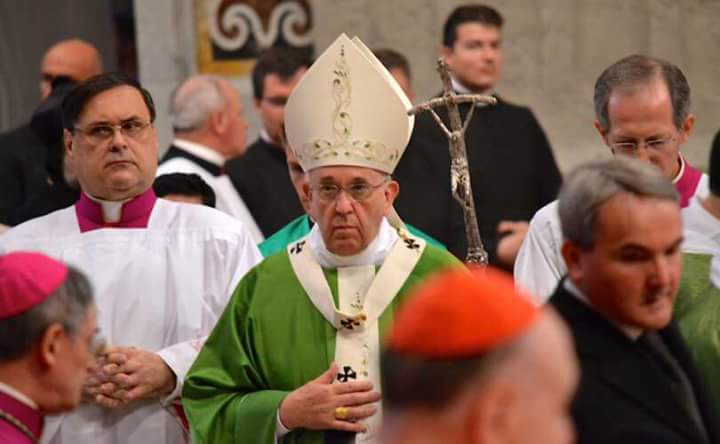 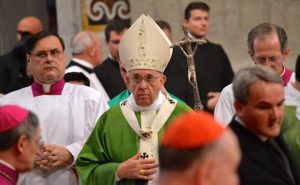 ROME, September 23, 2017 (LifeSiteNews) – Expressing “profound grief” and “filial devotion,” Catholic clergy and lay scholars from around the world have issued what they are calling a “Filial Correction” to Pope Francis for “propagating heresy.”

The Filial Correction, in the form of a 25-page letter, bears the signatures of sixty-two Catholic academics, researchers, and scholars in various fields from twenty countries. They assert that Pope Francis has supported heretical positions about marriage, the moral life, and the Eucharist that are causing a host of “heresies and other errors” to spread throughout the Catholic Church.

The correction was delivered to the Pope at his Santa Marta residence on August 11, 2017. No similar action has taken place within the Catholic Church since the Middle Ages, when Pope John XXII was admonished for errors which he later recanted on his deathbed.

“With profound grief, but moved by fidelity to our Lord Jesus Christ, by love for the Church and for the papacy, and by filial devotion toward yourself, we are compelled to address a correction to Your Holiness on account of the propagation of heresies effected by the apostolic exhortation Amoris laetitia and by other words, deeds and omissions of Your Holiness,” the signers write in the letter.

“As subjects, we do not have the right to issue to Your Holiness that form of correction by which a superior coerces those subject to him with the threat or administration of punishment,” they state.

“We issue this correction, rather, to protect our fellow Catholics — and those outside the Church, from whom the key of knowledge must not be taken away — hoping to prevent the further spread of doctrines which tend of themselves to the profaning of all the sacraments and the subversion of the Law of God,” they add.
Read More on the link
https://www.lifesitenews.com/news/breaking-62-scholars-correct-pope-francis-for-propagating-heresies