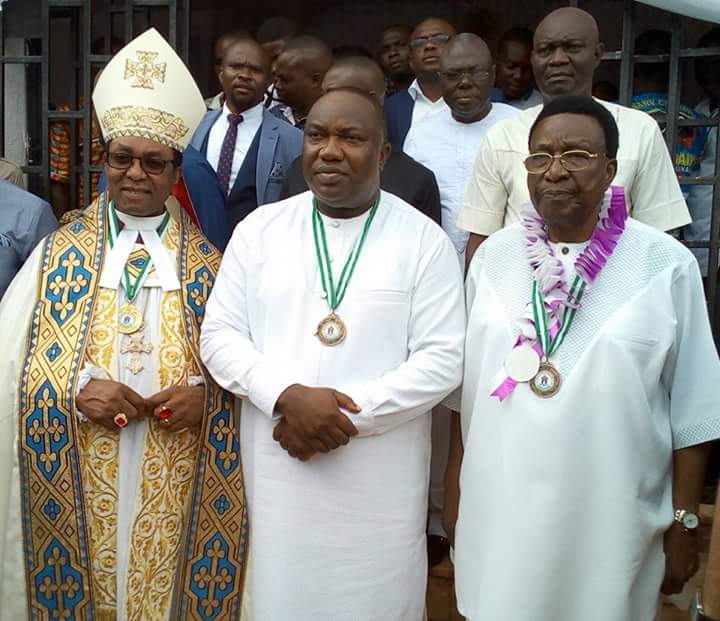 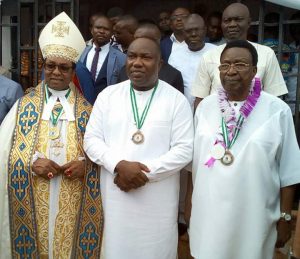 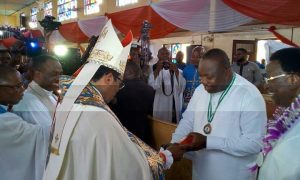 The Archbishop of Enugu Ecclesiastical Province and Anglican Bishop of Enugu Diocese, His Grace, Most Rev. Emmanuel Chukwuma has endorsed Governor Ifeanyi Ugwuanyi of Enugu State for re-election in 2019, saying that the governor deserves a second term because of his commitment to peace, good governance, love for the poor masses and development of the Church.

Archbishop Chukwuma made the endorsement during his sermon at the Centenary Anniversary of the Anglican Church in Nkanuland, which was attended by Gov. Ugwuanyi, the former Governor of old Anambra State, Senator Jim Ifeanyichukwu Nwobodo and his wife, Patricia, among other dignitaries.

He commended Gov. Ugwuanyi for the good works he is doing in Enugu State and his uncommon leadership style that has restored peace, unity and good governance in the state, declaring that his re-election is “assured and not contestable” urging all other political parties including the All Progressives Congress (A PC) to shelve party leanings to support the governor.

Arch. Chukwuma who expressed delight that the celebration took place during his time, added that the Diocese of Enugu North (Anglican Communion) also celebrated her Centenary recently, which Gov. Ugwuanyi also attended.

He congratulated the governor for being in the saddle as Governor of Enugu State during the celebrations, saying that “good things are happening in Enugu State under Governor Ugwuanyi’s regime”.

“My dear Governor Ifeanyi Ugwuanyi, I congratulate you that you are the Governor of Enugu State and this is happening. Sometime ago, you were at Ngwo to celebrate our Diocesan Centenary Thanksgiving. Today, we are in Nkanuland for the same celebration. I am glad that good things are happening in Enugu State under Governor Ugwuanyi’s regime”, the Archbishop said.

Gov. Ugwuanyi who was conferred with an “Outstanding Leadership Award” by the Anglican Communion, in his address, felicitated with the Archbishop, the Archdeacon and all the Clergy and the Laity of the Awkunanaw Archdeaconry, on the historic event and equally thanked them for the award.

The governor appreciated God’s faithfulness, special grace and compassion for everything his administration has been able to achieve in spite of the severe economic and other challenges confronting the country and prayed that with the continued support of the people, his government will not fail to deliver on its promise to take the state to a higher level of growth and development, for the benefit of all.

“It is my prayer that God will continue to strengthen and empower this Archdeaconry, keeping it strong and progressive to the Glory of His Name”, the governor prayed.