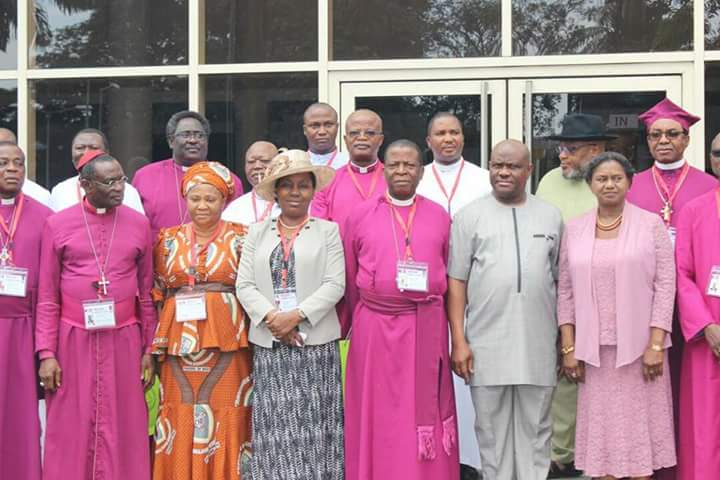 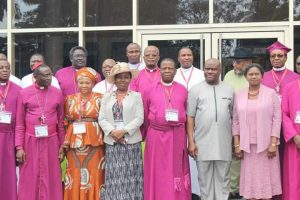 Rivers State Governor, Nyesom Ezenwo Wike has urged the Federal Government to fight corruption within the ambit of the law.

Speaking during a courtesy visit by the Primate of Anglican Church, Most Reverend Nicholas Okoh accompanied by Archbishops and Bishops of the church at the Government House Port Harcourt on Tuesday, Governor Wike said that the fight against corruption must not be vindictive in nature.

Governor Wike said: “The fight against corruption must be holistic and it should not be vindictive in nature “.

The governor added: “Those of us who are privileged to serve should know that it is by the Grace of God that we serve. Therefore, we must serve to the Glory of God “.

He said that the Church has been the pillar of his administration, hence he is not afraid to associate with the church at all times.

He thanked the Church for scheduling the General Synod in Rivers State as the Archbishops and Bishops will see the works of the administration.

Earlier, the Primate of Anglican Church, Most Reverend Nicholas Okoh encouraged Governor Wike to maintain the tempo of his development strides in the state.

He informed that the Church that has always been in the forefront in the fight against corruption. He said the theme of the General Synod in Port Harcourt is: “Thou shalt not steal.”

He noted that the emphasis of the Anglican Church is to encourage sacrificial living , righteousness and the good of the society.

On the unity of the country, he said: “The Church believes in one Nigeria. We advocate that everything should be done to ensure there is peace.”